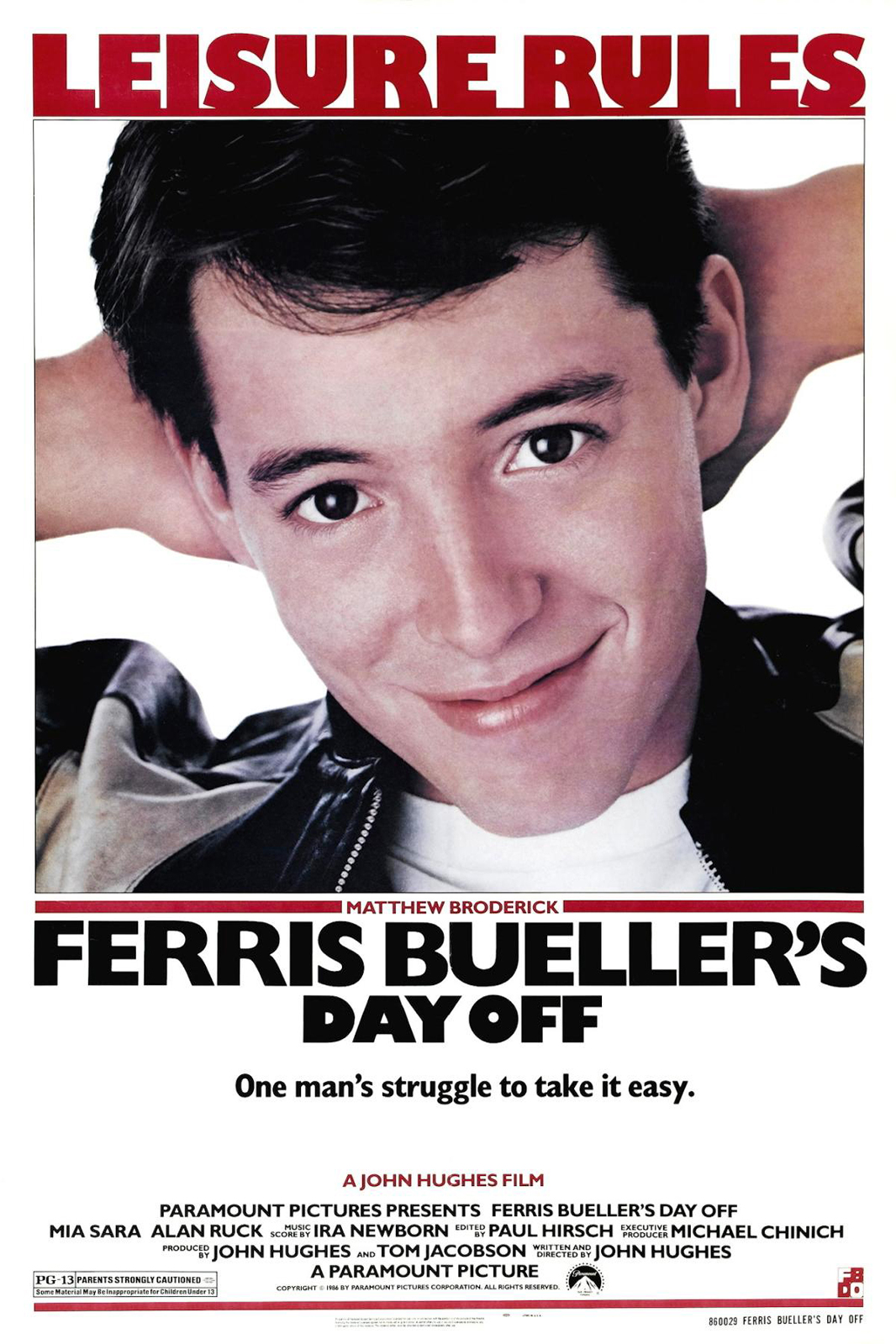 Ferris Bueller is a clever and tricky fast talker, a legend in his own time. He decides to call out sick from school, feigning illness, to embark on a wild adventure involving his girlfriend, Sloane Peterson, his best friend Cameron Frye, and a Ferrari. From Wrigley Field to the Art Institute of Chicago to a Polish Pride parade, Bueller and friends intend on making the most of their day off. However, Ferris' sister and the school dean, Ed Rooney, suspect that Ferris is simply pretending to be ill. Both Rooney and Ferris' sister Jeanie are hot on Ferris' trail and are determined to catch him and his friends in the act of class-cutting.