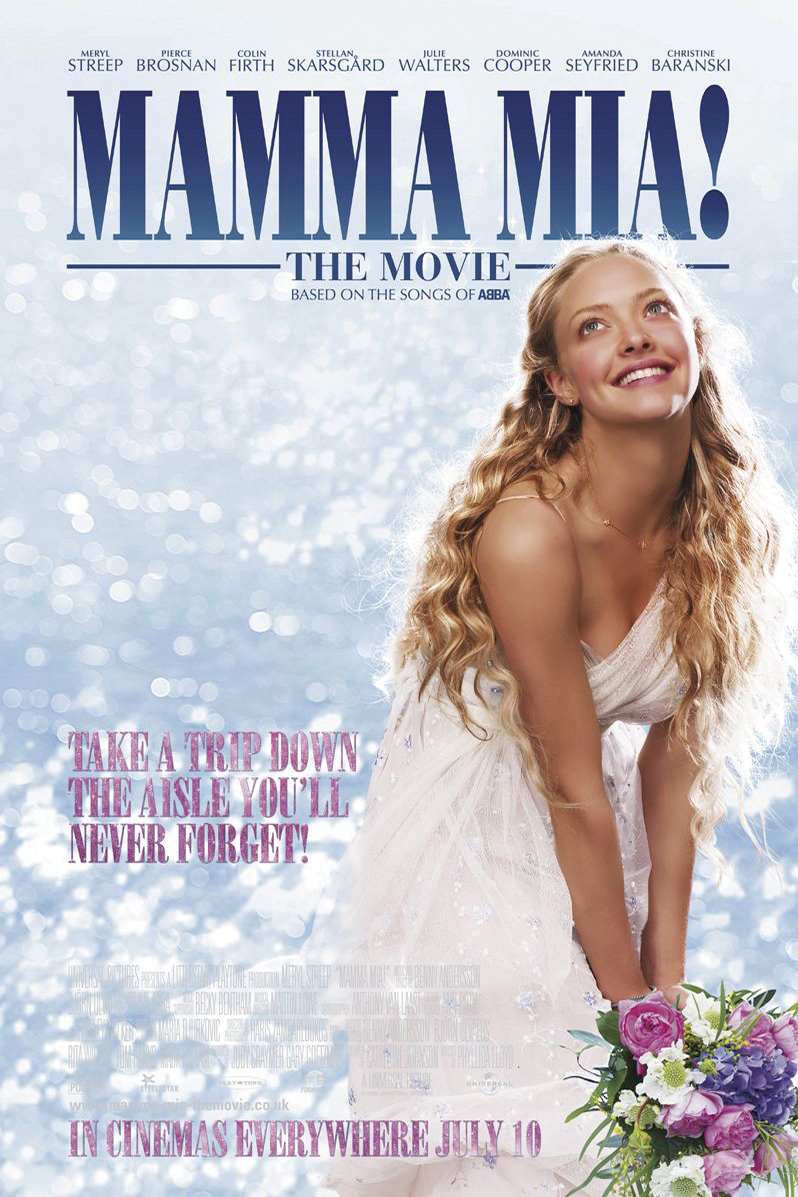 Formerly rebellious Donna is an independent, single mother who owns a small hotel on an idyllic Greek island. She has raised her spirited daughter, Sophie, alone on the island and has never disclosed the identity of Sophie's father. But now, Donna is about to let go, as Sophie's wedding day rapidly approaches. For Sophie's wedding, Donna has invited her two lifelong best girlfriends--practical and no-nonsense Rosie and wealthy, multi-divorcee Tanya--from her one-time backing band, Donna and the Dynamos. But, Sophie has secretly invited three guests of her own--three men who she believes just may be her father.